My oldest baby started kindergarten on August 26th. She is going to ECDC at Notre Dame where she went to preschool last year.  It's every day but I feel fortunate to have a half day option so I pick her up at 11:45 before lunch.  I don't feel sad sending my baby off to school like most moms of kindergarteners but I think it's because she is going to the same place she went for preschool so it doesn't feel very different.  My hard year will probably be next year when all the other moms are already used to their kids going to a real big kid school all day.

Her room is right next to her old 4/5s class from last year.  She often sees her teachers from last year and plays on the same playground as before.  It's nice that its so familiar for her.  Now the big question is where will she go next year and where will we find a house! 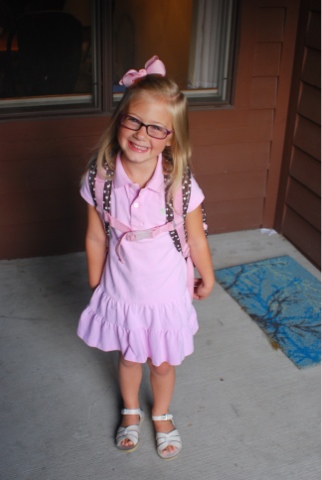 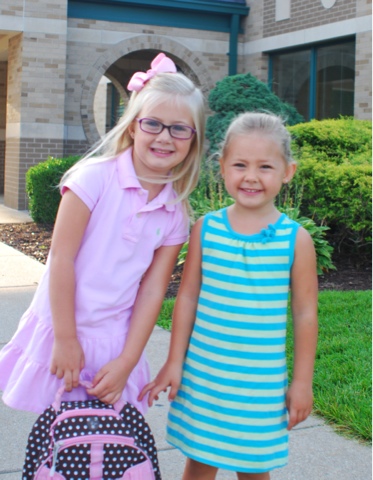 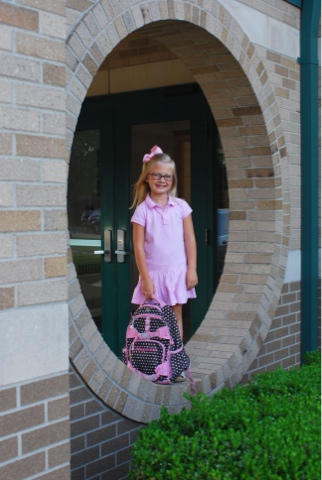 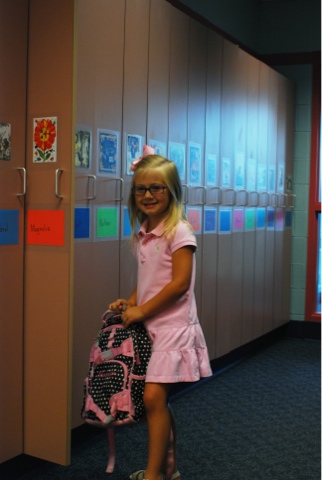 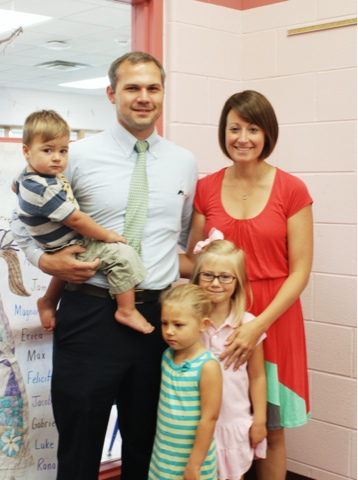 We took the kids to the drive in the weekend before Magnolia began school as a last of summer fun night.  Tip for taking kids to the drive in...go very early or very late in the season when the sun sets earlier and the movies begin earlier.  This year Disney's Planes and Smurfs 2 were showing.  Magnolia actually stayed awake for both features!  Dan can't even claim to have done that.  The kids liked the movie, Planes, and the younger two made it through the beginning of Smurfs before crashing.  We put the seats down in the back of the van, put down some blankets and sleeping bags, opened up the trunk and layed in the back to watch the movies and enjoy some popcorn and candy.  As far as outings go, this one was a success. 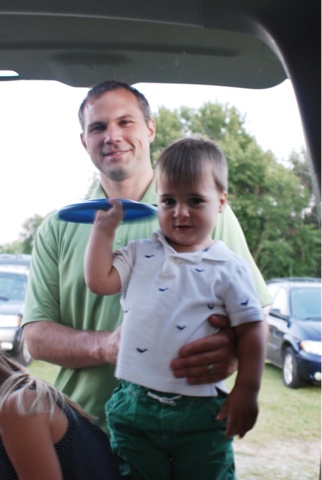 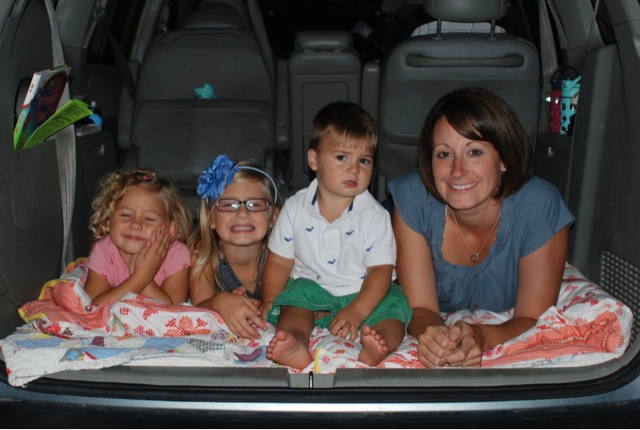 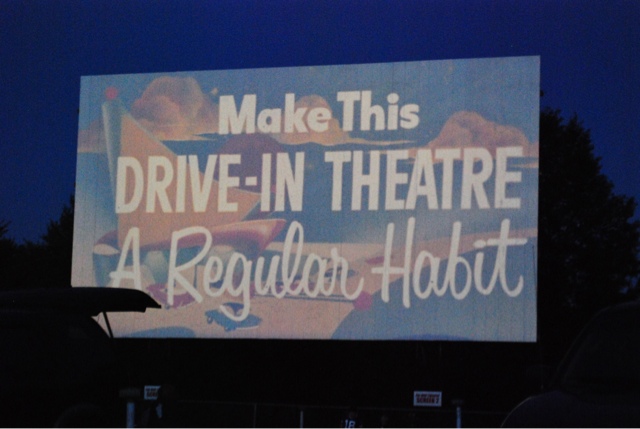 Once a summer, the Hamacher crew heads up to visit Ty in Chicago for the day.  This year we made it up there for lunch and hung around millennium park for awhile checking out the water feature/splash pad and the bean thing.  Then we walked over to the Magnolia Bakery for cupcakes since it was the day before my birthday.  So yummy.  So rich.  So sweet.  After we got our sugar high we hiked over to Navy Pier which surprisingly none of us had ever been to.  Soon enough it was time to head home.  Seemed like a super quick visit and we decided next time we would have to figure out a way to stay longer. 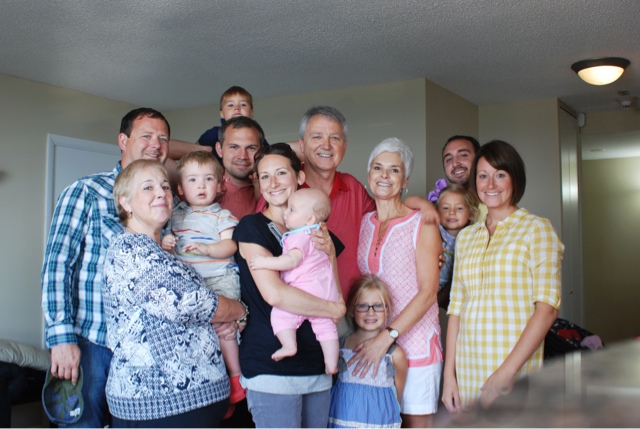 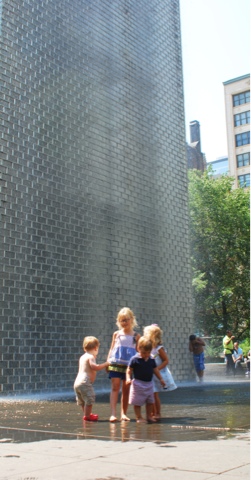 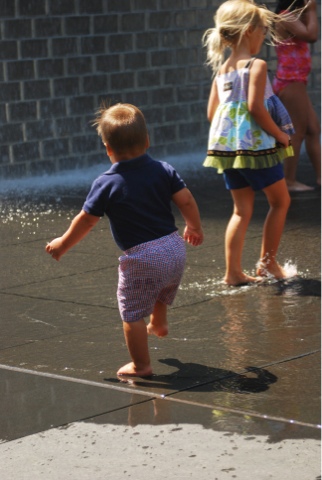 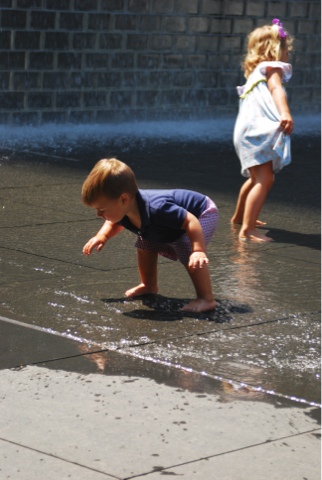 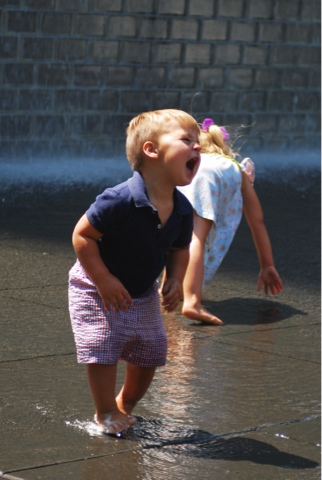 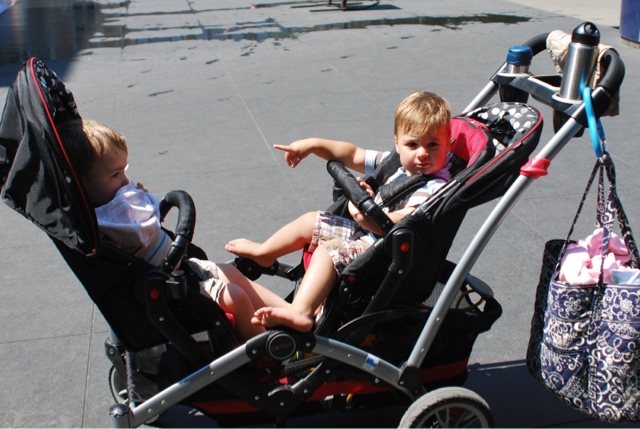 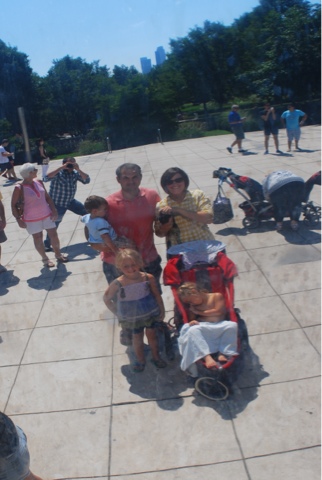 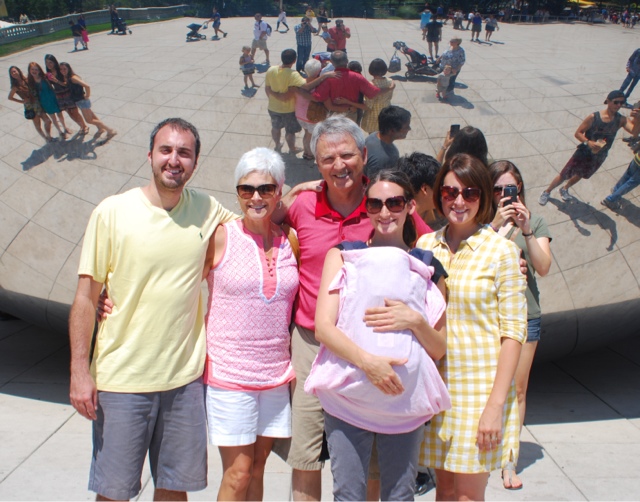 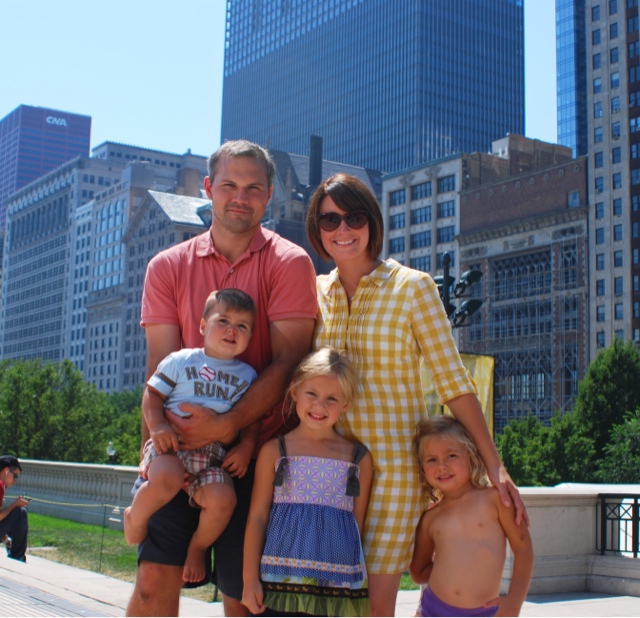